Give your house a facelift!

Living Design is a renovations company owned by Wendy Holmes and operating out of Cape Town and Langebaan in the Western Cape, Living Design specializes in large scale house renovations and the creation of beautiful homes from old and ordinary houses. Whilst she also take on the building of new houses, Wendy’s passion lies in the transformation of ordinary houses into spectacular homes with her main strength being her vision and ability to see potential in old buildings and to creatively convert them to suit her clients’ needs. Wendy is a very ‘hands on’ project manager and can thereby ensure surprisingly short construction programs but at the same time expertly controlling quality and cost. 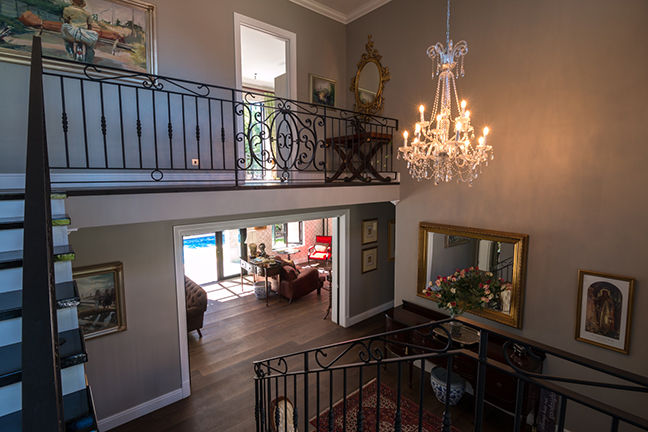 “We asked Wendy Holmes of Living Design to do some alterations on our house in Wynberg in 2015. Our original brief was to add on two upstairs bedrooms. Wendy came up with a design which did exactly what we asked for but she also said that the house had a lot of potential and suggested that more extensive changes would transform it.

She proposed some fairly radical changes which, after a lot of careful consideration, we accepted.

The result were spectacular. Our slightly tired and dated house became the home we’d always dreamed about. Besides the two extra bedrooms we had asked for, we added an office, completely opened up the downstairs section and added a children’s TV and games lounge. We also extended the verandah and added a huge outside entertainment area with a braai and wood-fired pizza oven.”